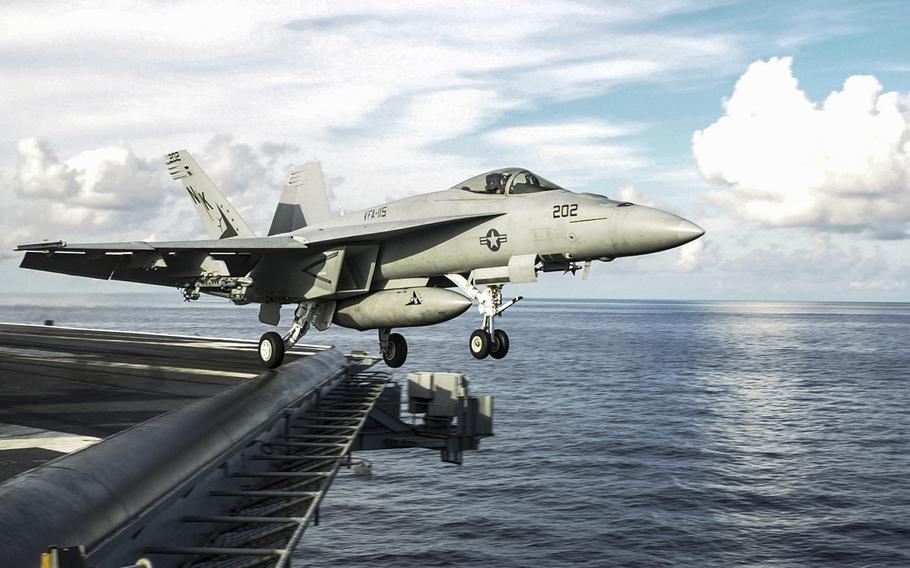 Greg L. Davis ©Stars and StripesPacific Ocean, July, 2002: An F/A-18E Super Hornet assigned to Strike Fighter Squadron 115 is catapulted off the deck of the Sasebo, Japan-bound USS Abraham Lincoln during late-afternoon flight ops. The squadron was making the historic first operational cruise aboard an aircraft carrier with the new Super Hornet.