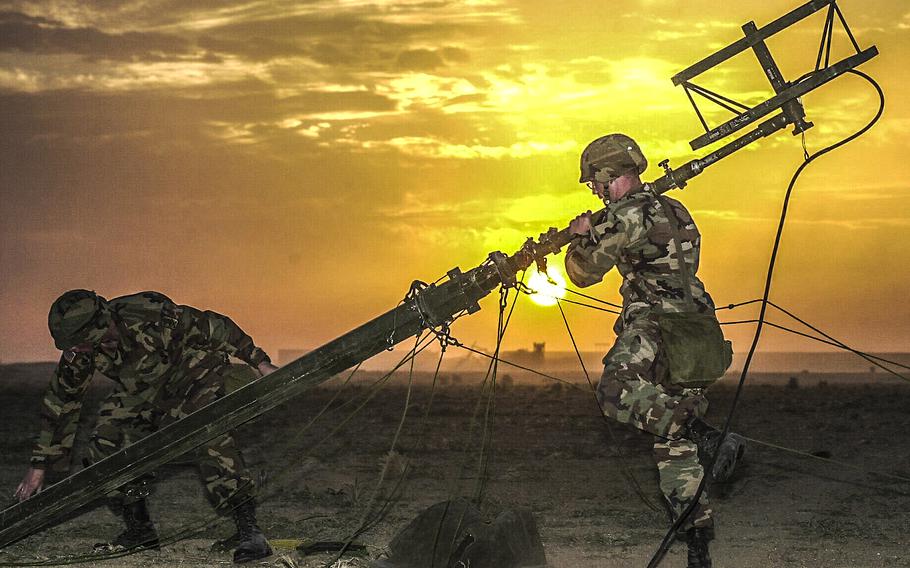 Joseph Giordono ©Stars and StripesCamp Virginia, Kuwait, February, 2003: Spc. Steven Cox and Pvt. Kevin Eagen, both with Company C, 32nd Signal Battalion of Darmstadt, Germany, put up a communications antenna as the sun sets on training in preparation for a possible invasion of Iraq. "Every company in the unit is concerned about an attack, whether with conventional or chemical weapons," a Stars and Stripes story noted. "Those who will stay at Camp Virginia face the threat of Scud missiles; those who will move ahead in support of other troops face that threat and more."

RELATED MATERIAL: Stars and Stripes' February, 2003 story about the training.