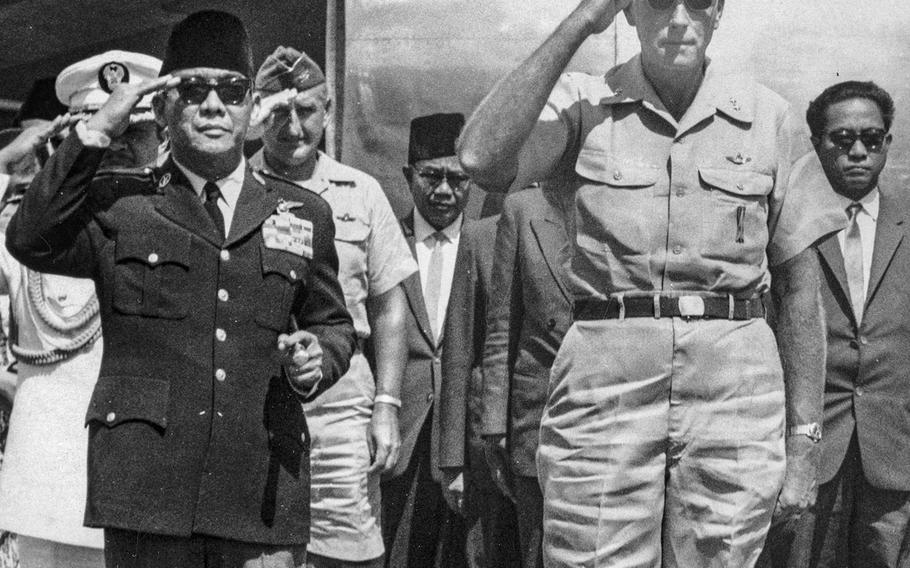 ©Stars and StripesKadena Air Base, Okinawa, September, 1961: Indonesian President Sukarno, left, joins 313th Air Division Commander Maj. Gen. John R. Sutherland in a salute. Sukarno was on his way home from talks with President Kennedy when his jet made a brief refueling stop at Kadena. The Indonesian leader, like many of his countrymen, used only a single name, but many sources — including Sukarno's obituary — give him the first name of Achmed. Journalist Daniel Schorr admitted to being the source of that misnomer, cabling it back to Time magazine in 1948 when an editor there insisted on having two names in a story Schorr had filed. The randomly-selected name stuck.