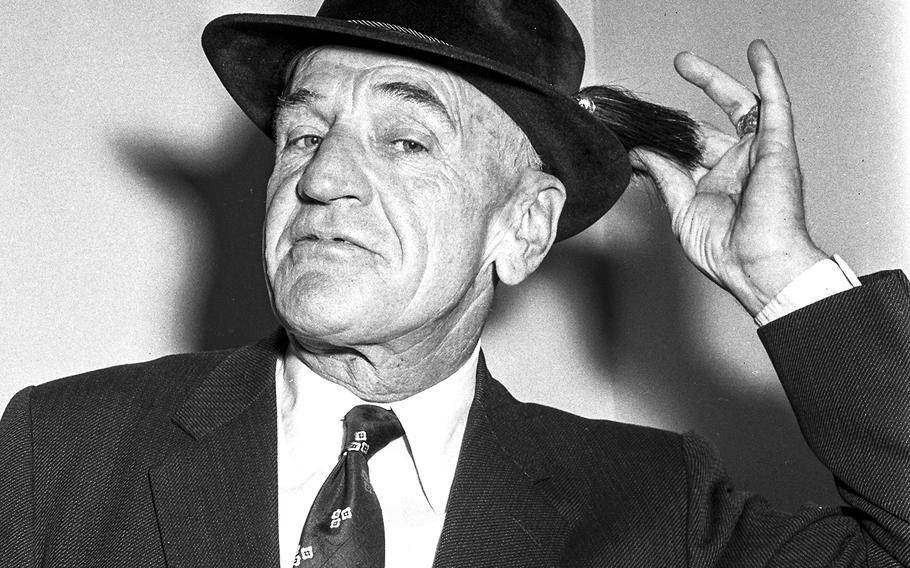 Jim Black ©Stars and StripesFrankfurt, West Germany, December 1955: New York Yankees manager Casey Stengel shows off the Tyrolean-style feather on his fedora as he poses for photos at the AFN Radio studios. Stengel was on the home stretch of an around-the-world trip highlighted by a series of exhibition games for the Yankees in Japan. In a wide-ranging (for Stengel, there really was no other kind) interview, he spoke of key players on the Los Angeles Dodgers, who had beaten his team in the recent World Series. "That feller catching can hit the long ball," he said. "And the feller on shortstop always finds a way to get around the bases. Then the feller in center, you know in 1950 he hits us like he owns us. Then in 1953 we own him. But this year, he hit us when he needed it." Those fellers would be Roy Campanella, Pee Wee Reese and Duke Snider, respectively.