Statement at the Cold War border, 1962 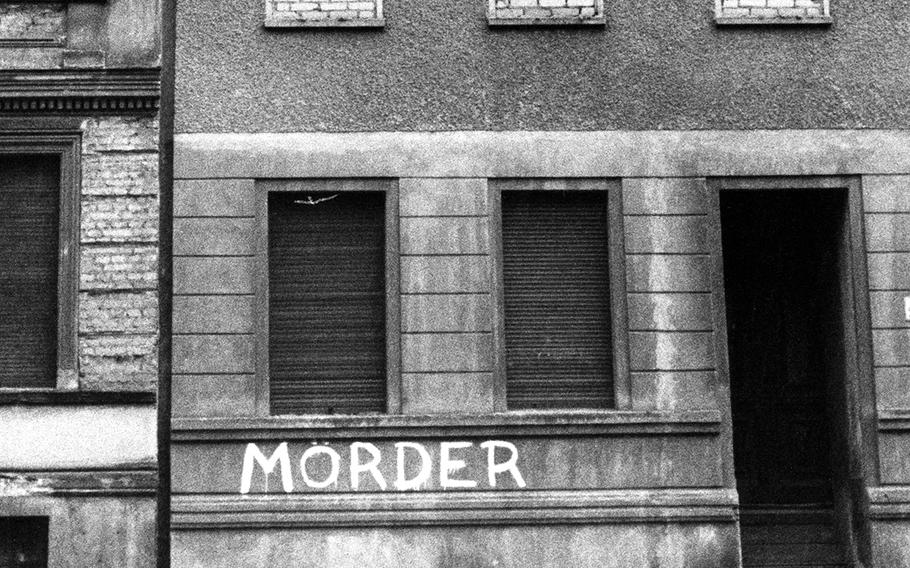 Gus Schuettler ©Stars and StripesBerlin, September, 1962: The situation on Bernauerstrasse at the border between Berlin's eastern and western sectors is summed up by a graffiti artist with a single word on a bricked-up building — "murder." Between the time the Berlin Wall was built — just over a year before the photo was taken — and the collapse of the Eastern Bloc in 1989, scores of people were killed trying to escape from East Berlin.