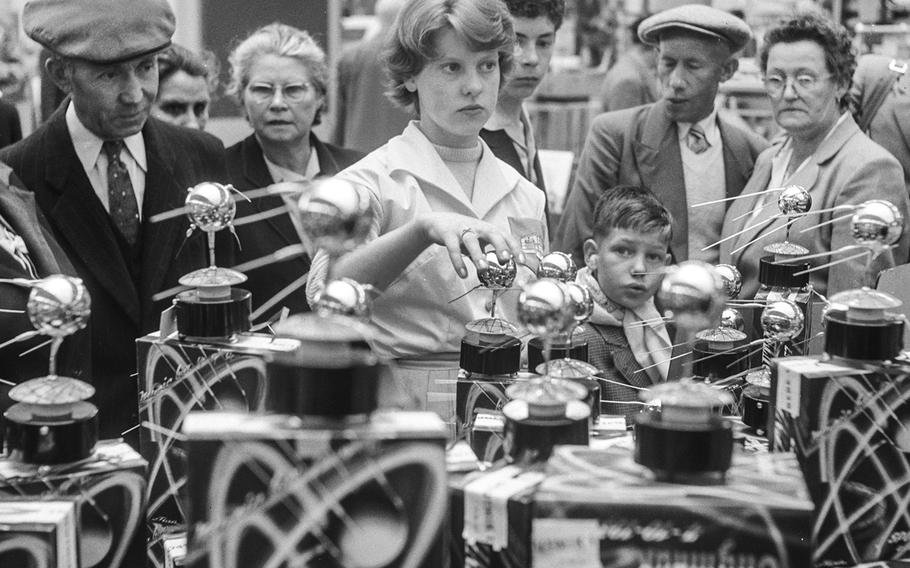 Ernie Weatherall ©Stars and StripesBrussels, Belgium, June, 1958: The Soviet Union was understandably proud of Sputnik I, the first artificial Earth satellite, and that led to a heavy Sputnik presence in that nation's exhibits and souvenir stands at the 1958 World's Fair in Brussels, Belgium. Here, fair-goers peruse a collection of models of the satellite that was sent into orbit by the Soviets on October 4, 1957.