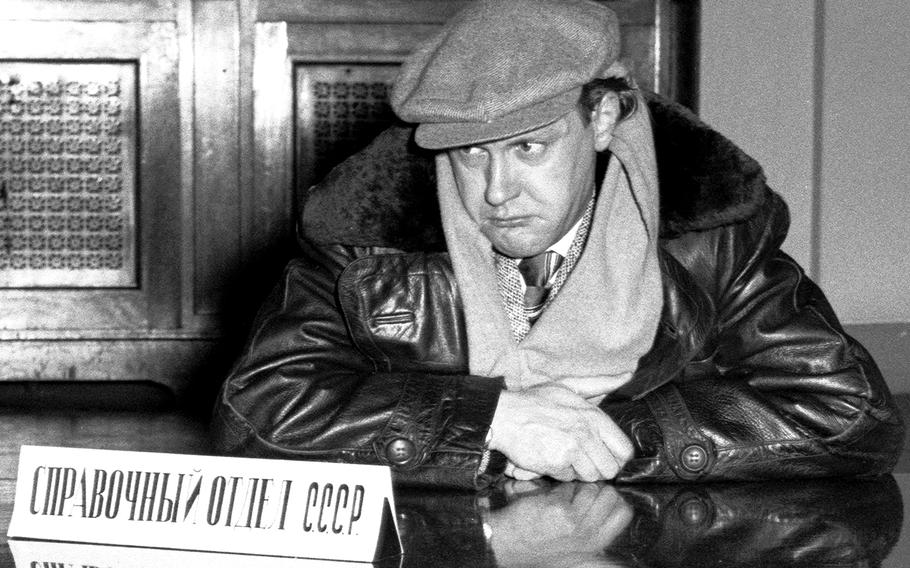 Red Grandy ©Stars and StripesBerlin, January, 1954: This Soviet information desk at the four-power foreign ministers' conference doesn't appear to be a particularly friendly place to go for answers, but in fact, the Eastern bloc — opening up a bit after the death of Stalin the year before — was making a special effort to court the press.

RELATED MATERIAL:A story about the Soviets' media operation at the 1954 conference.