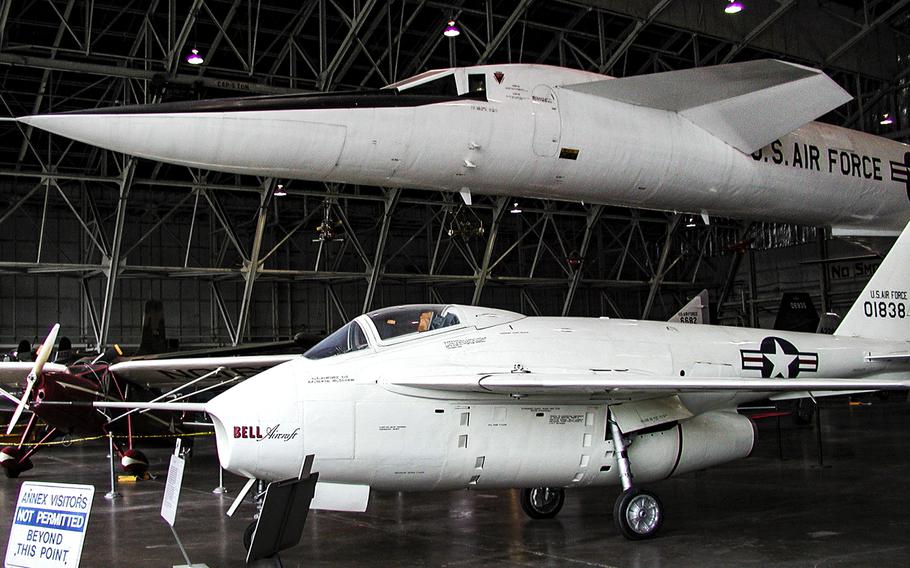 ©Stars and StripesDayton, Ohio, March, 2003: The North American XB-70 "Valkyrie," top, designed to be a high-altitude bomber achieving Mach 3 speed, and the Bell X-5, the first aircraft able to vary the sweepback of its wings in flight, on display at the Museum of the United States Air Force at Wright-Patterson Air Force Base. Each was one of only two prototypes made, and crashes left these two as unique parts of aviation history.