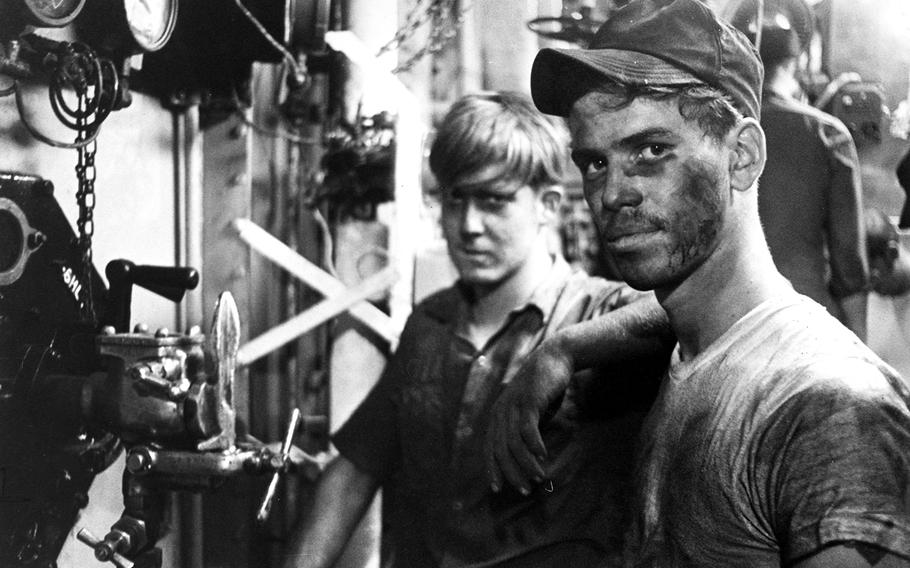 Bob Wickley © Stars and StripesOff the coast of Japan, 1974: Firemen Greg Rankin, right, and Tommy Cason, boiler technicians on the USS Richard B. Anderson, show the effects of one of the Navy's most physically demanding jobs. In olden days, the "snipes" were known as water tenders and stokers.