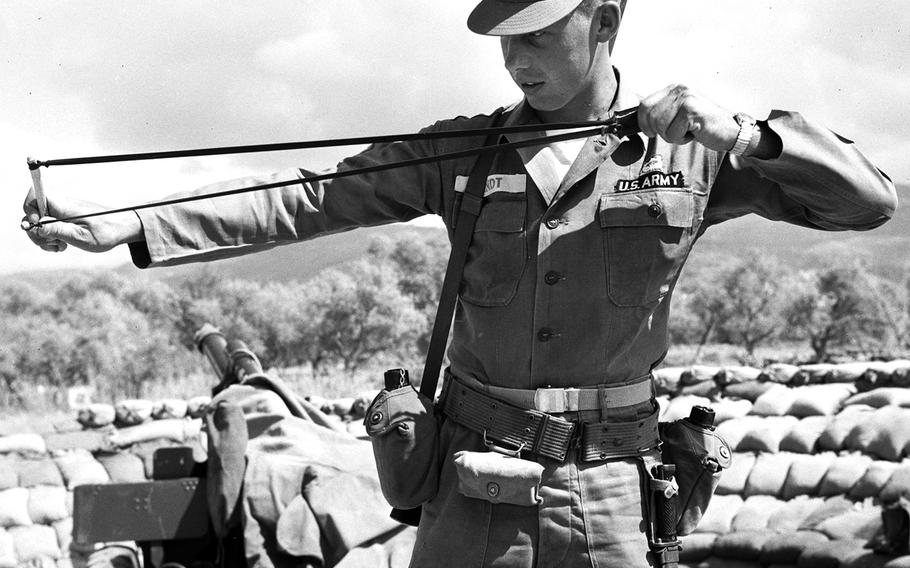 Ted Rohde ©Stars and StripesLebanon, September, 1958: The artillery piece in the background may have been the better solution in dealing with opposing forces, but it was the slingshot wielded by Sp4 David O. Quandt of Battery A, 13th Artillery, that reportedly caused a decline in the population of lizards and snakes in his unit's bivouac area near the Beirut airport during Operation Blue Bat.