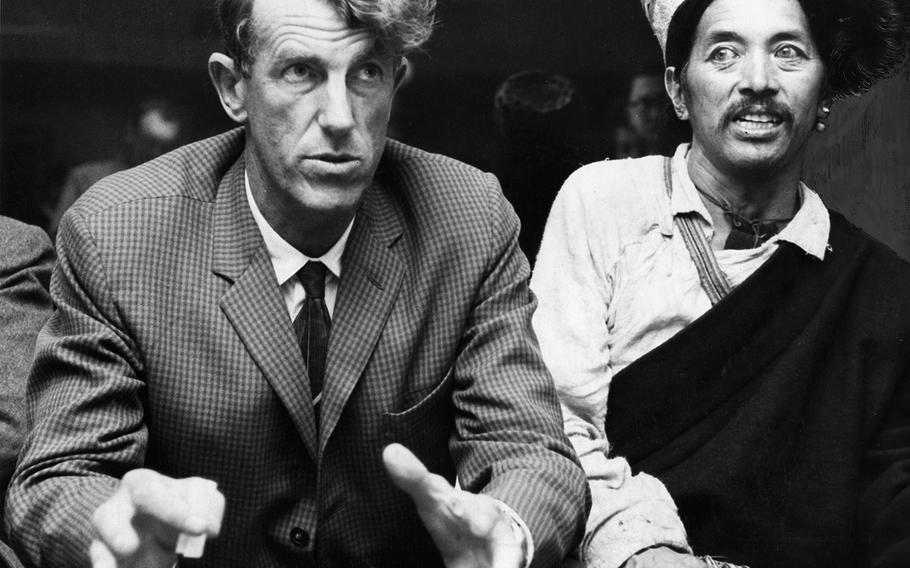 ©Stars and StripesTokyo, December, 1960: Sir Edmund Hillary, left, the conqueror of Mt. Everest, talks to reporters during a press conference in which he discussed (but didn't display) an alleged yeti scalp that he was bringing to Chicago for analysis. With him is Sherpa village chief Khunjo Chumbi, who — unlike the skeptical Hillary — had no doubts that the "abominable snowman" did, indeed exist. (The disputed findings of the study indicated that the "scalp" was made from the skin of an antelope.)