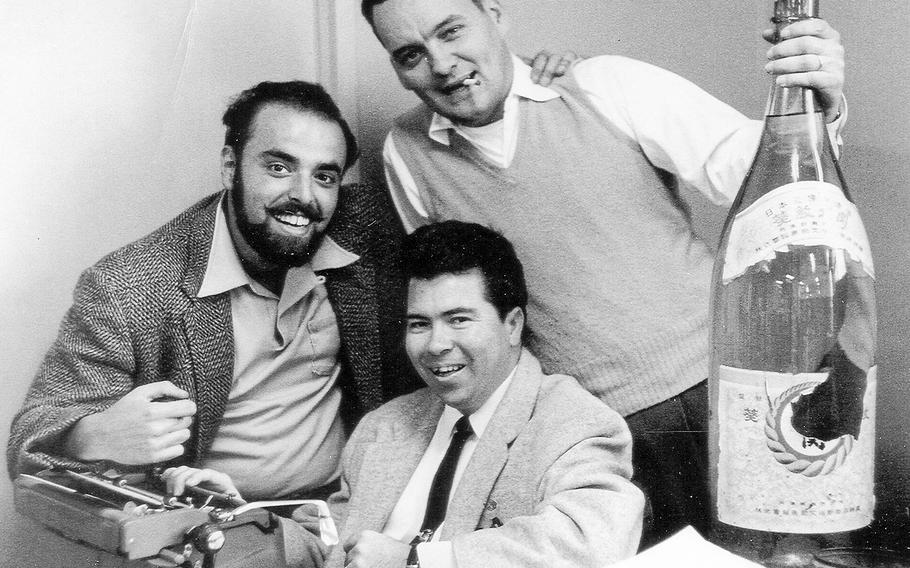 ©Stars and StripesTokyo, June, 1959: When a former co-worker returns to his old place of employment, a bottle of wine might be shared (after hours, of course) over stories about the good old days. But when the returning Stars and Stripes alumnus was the quirky, wildly-successful author and Playboy cartoonist Shel Silverstein (left, with columnist Al Ricketts and reporter Pat Carroll), a giant bottle of sake probably seemed more appropriate. Not only have Silverstein's books sell over 20 million copies, but the songs he wrote include Johnny Cash's Grammy-winning "A Boy Named Sue," the Irish Rovers' "The Unicorn," and Dr. Hook's "Sylvia's Mother" and "Cover of the Rolling Stone."