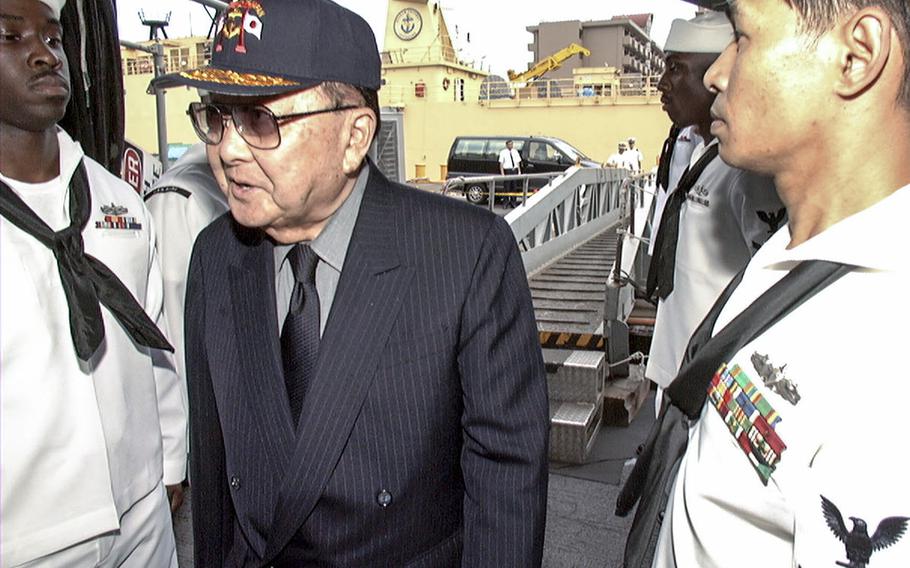 Jennifer H. Svan ©Stars and StripesYokosuka, Japan, May, 2002: Sen. Daniel K. Inouye, D-Hawaii, boards the frigate USS Gary while visiting with sailors at Yokosuka Naval Base. Inouye earned the Medal of Honor while serving with the legendary 442nd Infantry Regiment in World War II; he represented Hawaii in the U.S. Senate from 1963 until his death in 2012.