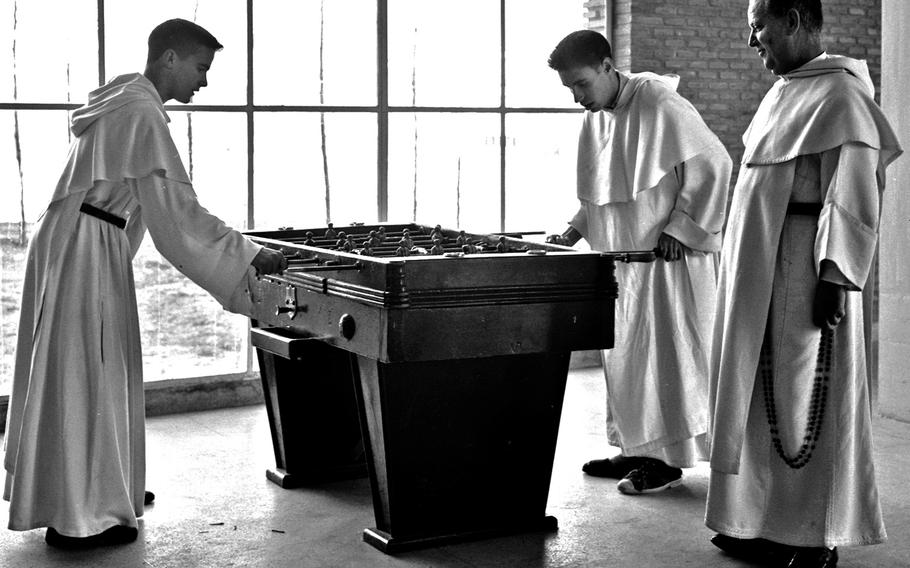 Merle Hunter ©Stars and StripesMadrid, Spain, March, 1961: Students at a Dominican theological seminary affiliated with the Church of St. Peter the Martyr play a game of table football — also known as foosball — during a break in their studies. Not only was the church — located near the U.S. Air Force's Royal Oaks housing area, just north of Madrid — one of Spain's most modern in the early 1960s, but the seminary also had its own FM radio station and a 150-seat theater.

RELATED MATERIAL:Stars and Stripes' 1961 story about the Church of St. Peter the Martyr.