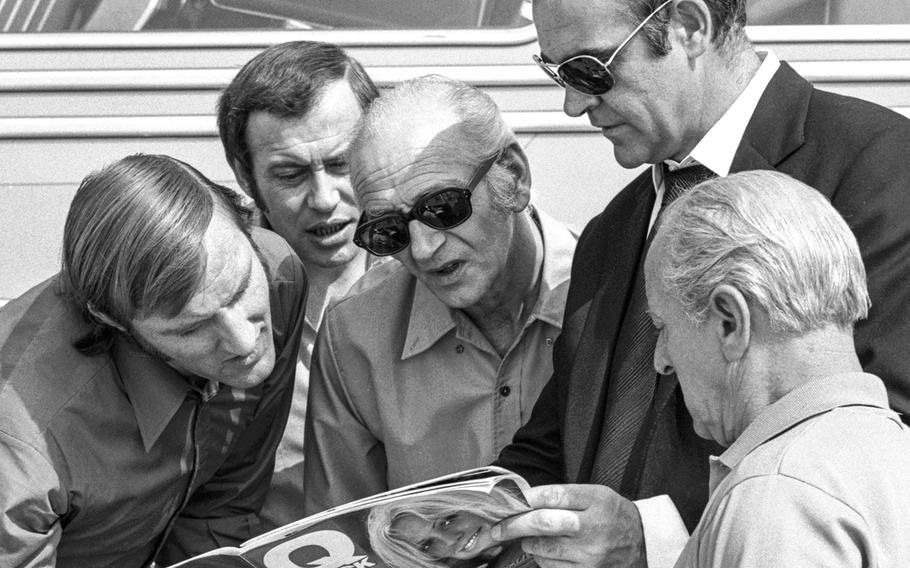 Joe Wesley ©Stars and StripesFrankfurt, West Germany, July, 1971: During a break in the filming of his sixth James Bond film, "Diamonds are Forever," at the Frankfurt airport, actor Sean Connery joins members of the crew in perusing a German magazine.