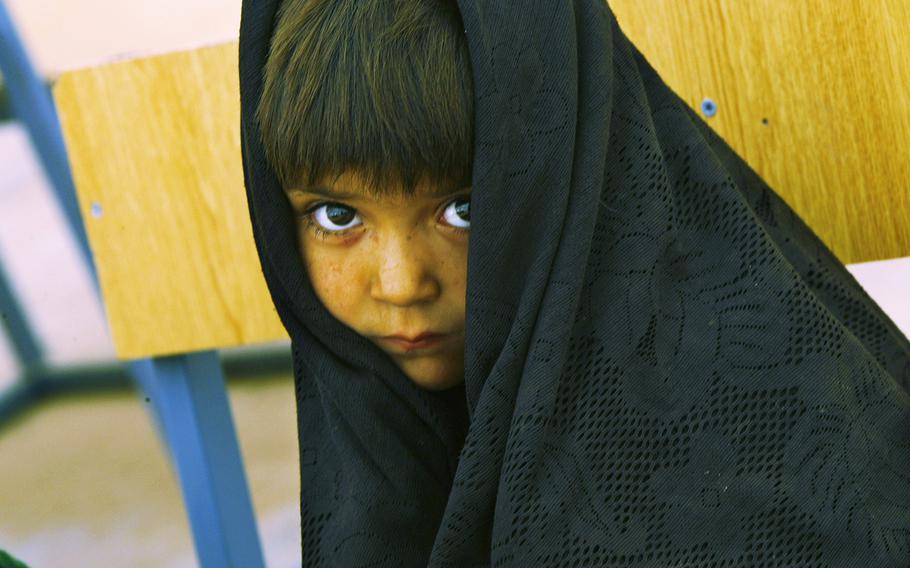 Laura Rauch/Stars and StripesAfghanistan, September, 2011: A young female student looks up from her desk at a school in the Zhari Dasht internally displaced persons camp in Kandahar province. Eight schools opened in September in the Zhari and Maiwand districts, two of them for girls.

RELATED MATERIAL: Stars and Stripes' 2011 story about the schools.