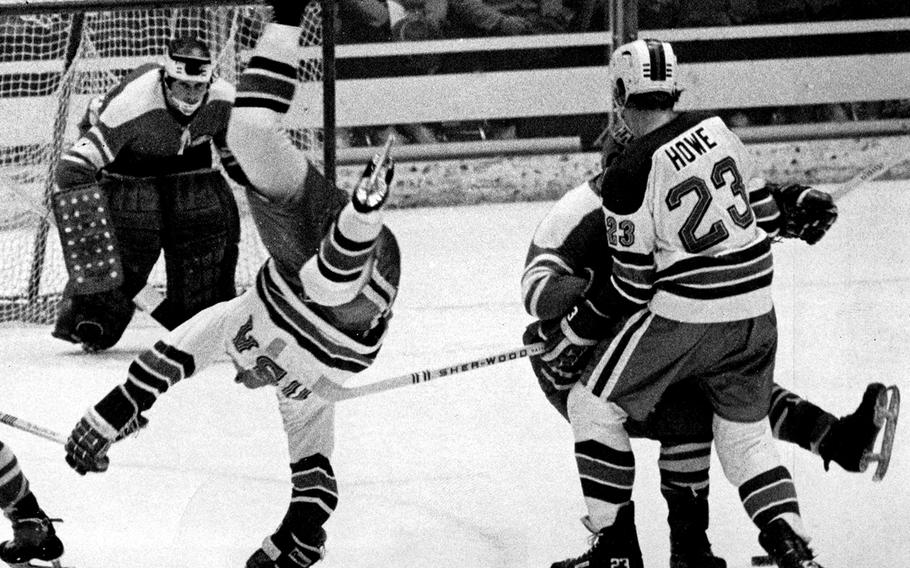 Katsuhiro Yokomura ©Stars and StripesSapporo, Japan, February, 1972: An unidentified United States player is upended as teammate Mark Howe fights his way toward Switzerland's goalie, Gerard Rigolet, during the Olympic Games. Tim Sheehy and Kevin Ahearn each scored two goals as the Americans won, 5-3, and clinched a berth in the Group A tournament.