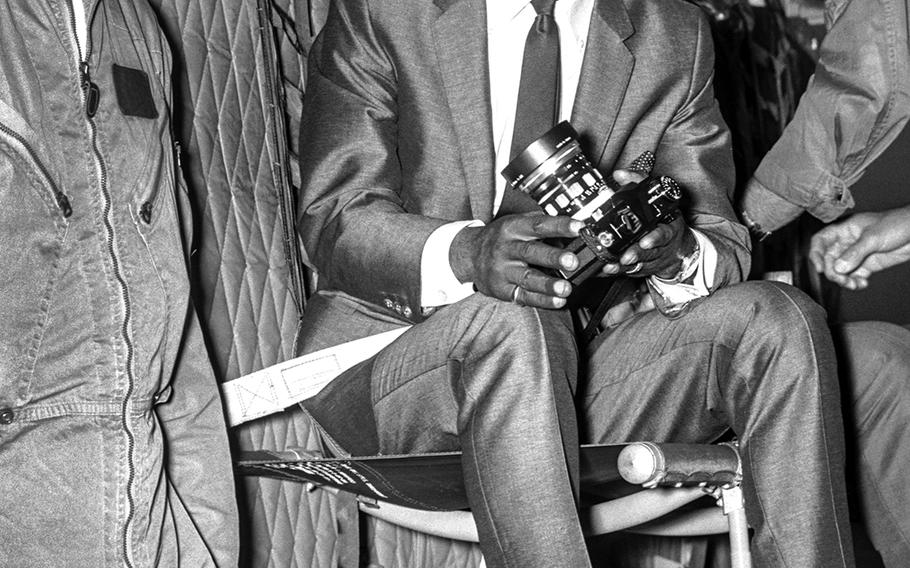 ©Stars and StripesTokyo, September, 1963: Sammy Davis Jr. talks with U.S. Army Japan aviation officer Maj. Donald E. Chamberlain before leaving by helicopter to perform for a crowd of 8,000 at Tachikawa Air Base. A Stars and Stripes story noted that "when the Air Force gave him a check for $8,000 as his share of paid admission shows, Davis presented it to a welfare fund for officers and enlisted men. He also donated $1,000 to the Elizabeth Sanders orphanage in Odawara." Following his shows in Japan, Davis returned to Hollywood to begin work on a new Rat Pack movie, "Robin and the 7 Hoods," with Frank Sinatra, Dean Martin and Bing Crosby.