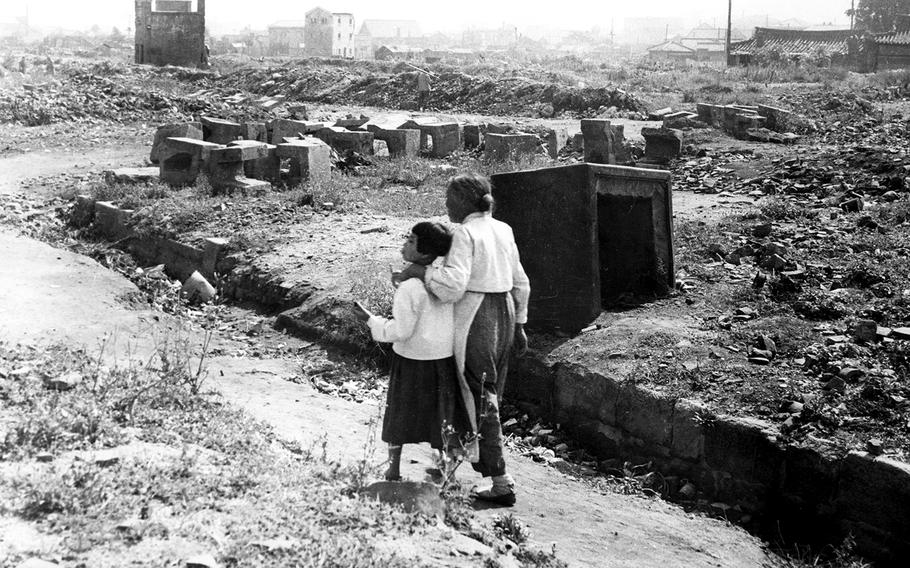 Ed Deswysen ©Stars and StripesSeoul, Korea, 1953: A mother and daughter walk through a bombed-out residential area in the center of Seoul, not long after the July, 1953 armistice that brought peace to the city following three years of devastating battles.