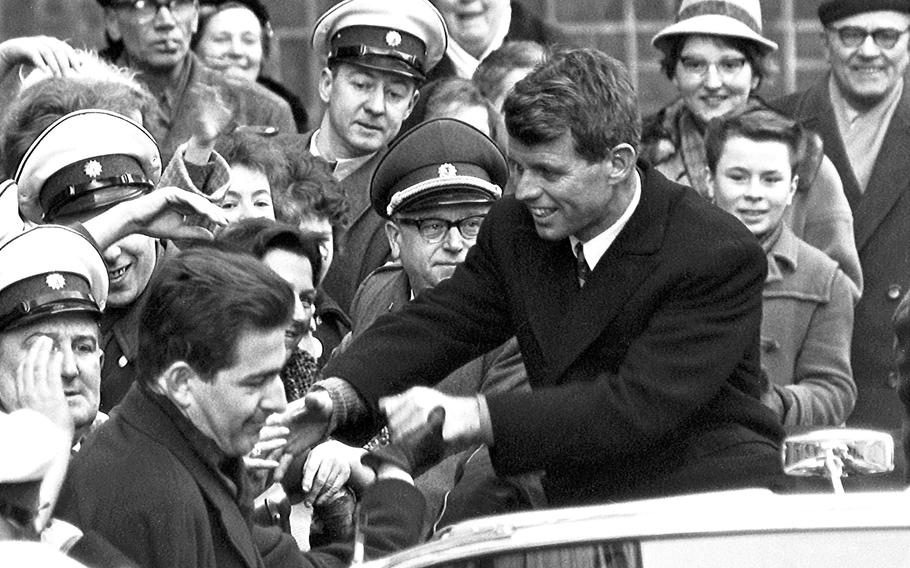 Norm Zeisloft ©Stars and StripesBerlin, February, 1962: Attorney General Robert F. Kennedy shake hands with West Berlin residents during his visit to the divided city. Kennedy and Mayor Willy Brandt visited the Berlin Wall, and also placed a wreath at a memorial to an East Berliner killed while trying to escape to the West. Robert Kennedy was assassinated 50 years ago today, on June 5, 1968, while campaigning for the presidency.