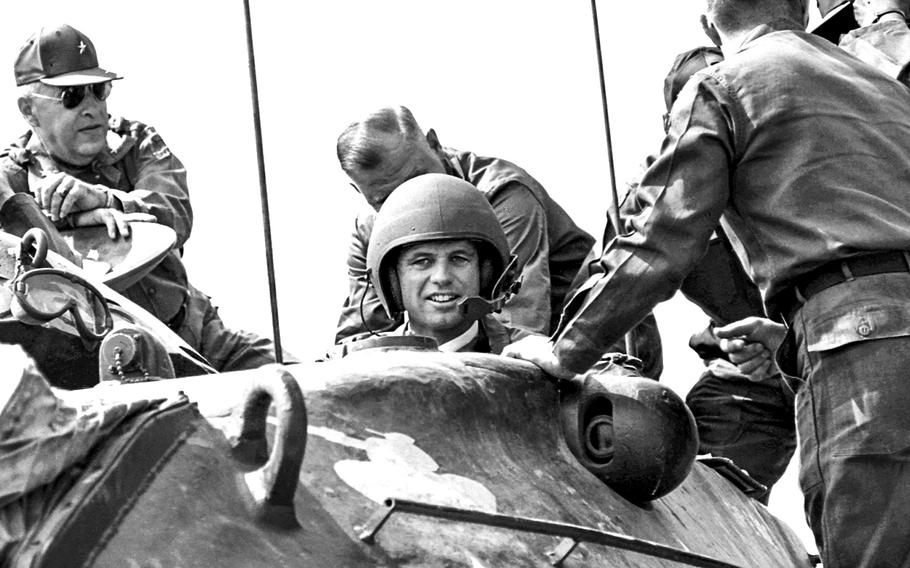 Ted Rohde ©Stars and StripesFriedberg, West Germany, June, 1964: Years before another Democrat from Massachusetts, Michael Dukakis, donned a helmet and rode a tank to political disaster, Attorney General Robert Kennedy had a less eventful encounter with an armored vehicle during a visit to V Corps and the 3rd Armored Division at the Friedberg training area.