Robert Kennedy and protester in Tokyo, 1962 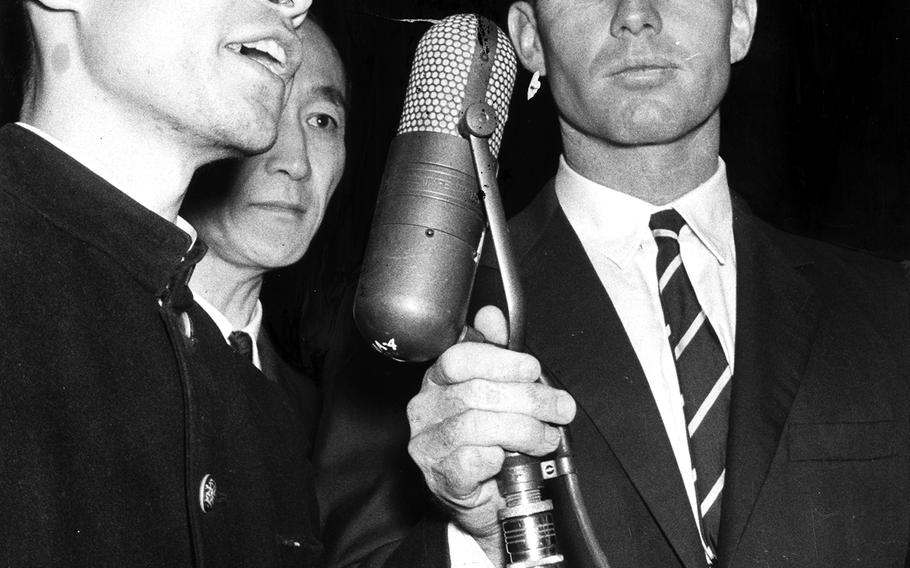 ©Stars and StripesTokyo, February, 1962: U.S. Attorney General Robert F. Kennedy patiently holds a microphone for leftist student Yuzo Tachiya, who shouts slogans after storming the platform during Kennedy's visit to Waseda University. According to an AP story, "Kennedy later said he thought the vast majority of the students were friendly to him, cited 'similar riots and disturbances in the U.S.,' and said he'd 'like to go back' to Waseda. 'When students cease to get disturbed and intense, a country is lost,' he said."