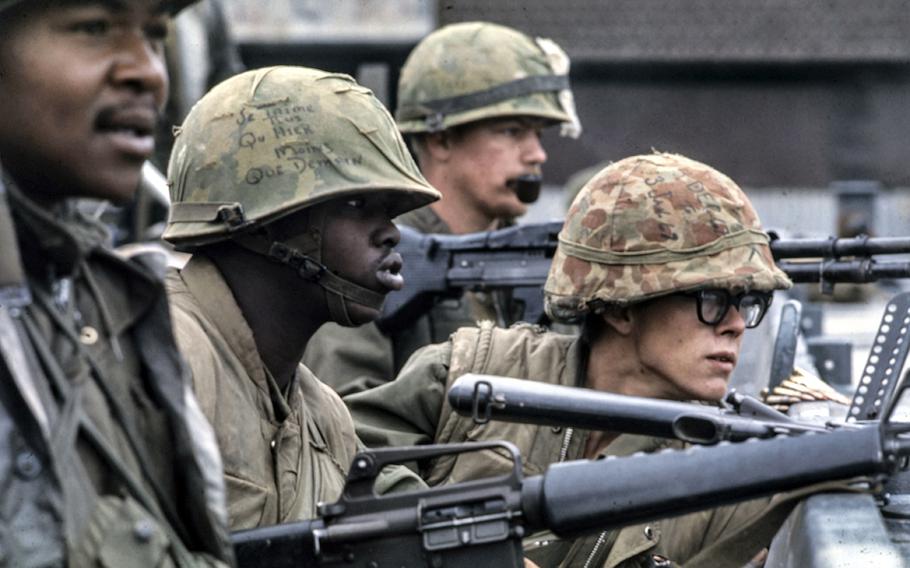 John Olson ©Stars and StripesHue, Vietnam, February, 1968: U.S. Marines keep a close eye out for any enemy activity on the shoreline as they cross the Perfume River in a landing craft for an assault on the ancient imperial capital of Hue. The Marines would go on to battle Viet Cong and North Vietnamese Army forces house by house, street by street in a bloody effort to retake the city and its Citadel.