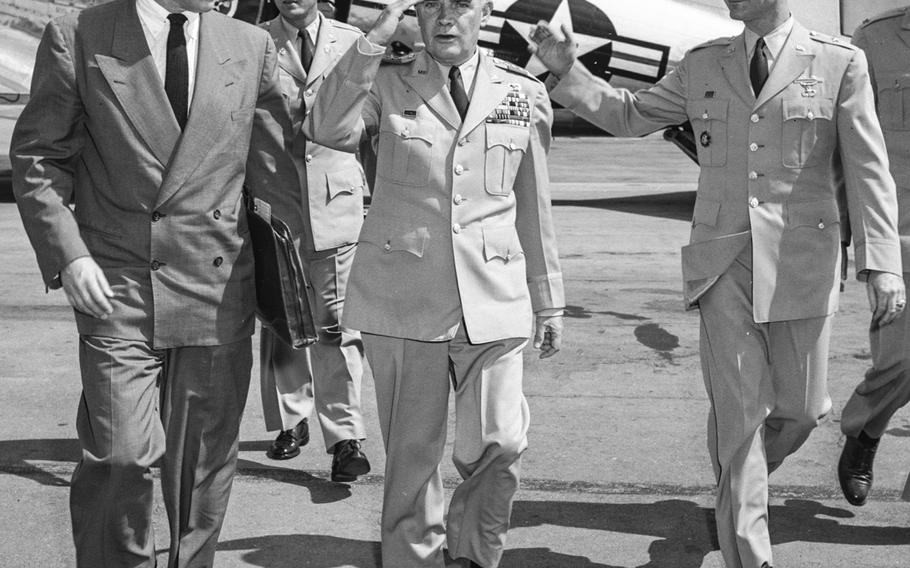 Ted Rohde ©Stars and StripesHeidelberg, West Germany, August, 1955: Although only one of the three men walking together on the tarmac at the U.S. Army Europe headquarters airfield was well-known to most Americans at the time, the other two would command their share of headlines in later years. USAREUR Commander-in-Chief Gen. Anthony C. McAuliffe, center, led the welcoming committee for Congressman Gerald R. Ford (R-Mich.); at right is Brig. Gen. William C. Westmoreland. During the World War II Battle of the Bulge, McAuliffe — commander of the besieged 101st Airborne Division — secured his place in American military history by responding to the Germans' surrender demands with a one-word reply: "Nuts." Westmoreland served as commander of U.S. forces in Vietnam from 1964 to 1968, and later became Army chief of staff. Ford succeeded Richard Nixon as President of the United States in August, 1974.