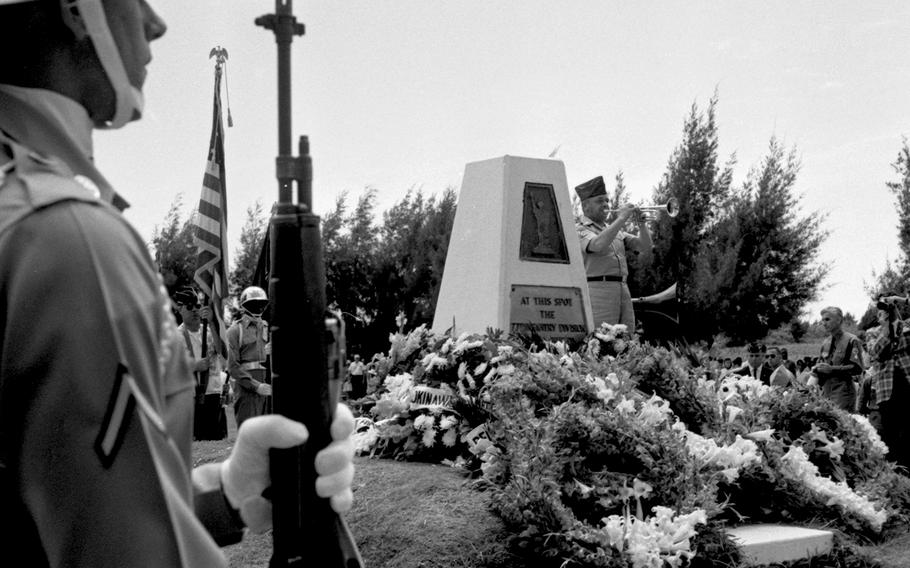 Eikoh Goya ©Stars and StripesIe Shima, Ryukyus, April, 1964: Pfc. Henry Smolak plays taps during a memorial service for Ernie Pyle at a monument marking the spot where the famed World War II correspondent was killed by a Japanese bullet. Members of the firing squad from 2nd Battalion, 503rd Infantry, 173rd Airborne Brigade stand at left. Pyle's death in April, 1945 saddened servicemembers from the trenches to command headquarters, as well as a nation of civilians who learned what their sons were experiencing through articles he wrote while slogging his way across Europe and the Pacific.