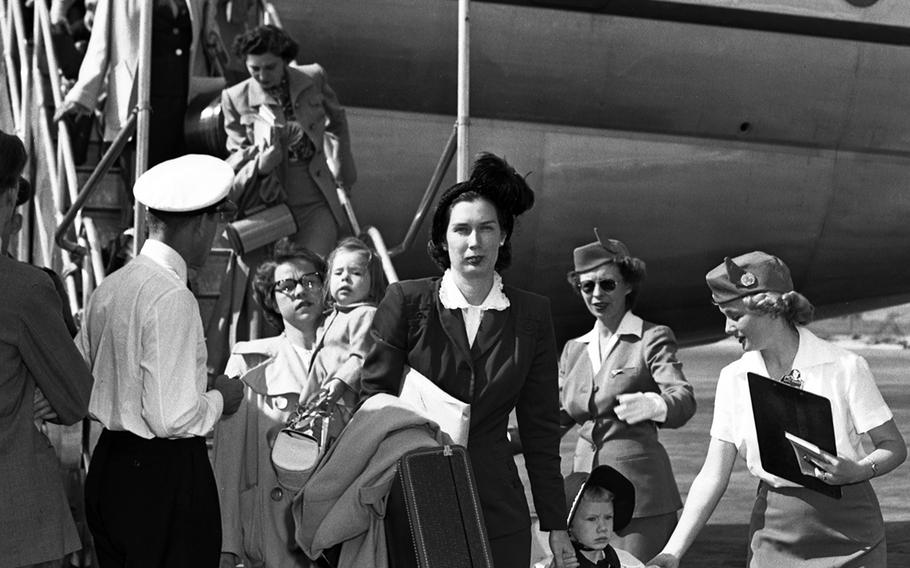 George Penn ©Stars and StripesFrankfurt, West Germany, August, 1950: Passengers debark from the Pan American Airlines clipper ship Morning Star that carried a record 93 people from New York City to Rhein-Main Airport, with stops in Goose Bay, Labrador, Shannon, Ireland, and London. All of the 84 passengers were Army personnel and their dependents arriving on routine replacement assignments; the group included 31 under age 11 and nine infants in arms. ("The children behaved wonderfully," said purser Jerry Cameron.) It was the most people ever to arrive on a flight at Rhein-Main, and believed to also be the most ever flown on a regular flight out of New York.