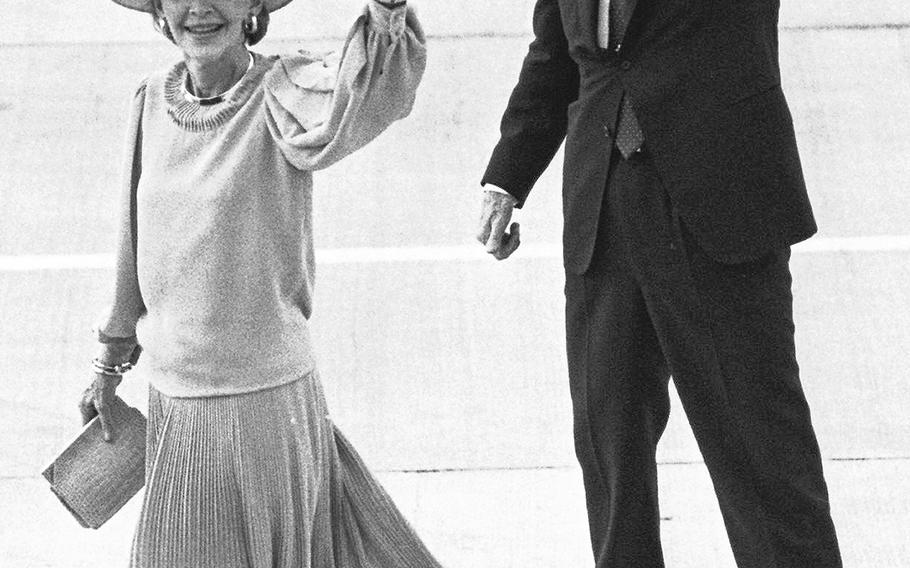 Dave Didio ©Stars and StripesLondon, June, 1982: President and Mrs. Reagan give a thumbs-up and a wave to the press corps as they walk from Air Force One to a helicopter at Heathrow Airport. After being greeted by dignitaries including Prince Philip and Prime Minister Margaret Thatcher, the Reagans flew to Windsor Castle, where they were the guests of Queen Elizabeth during their three-day visit to the U.K.