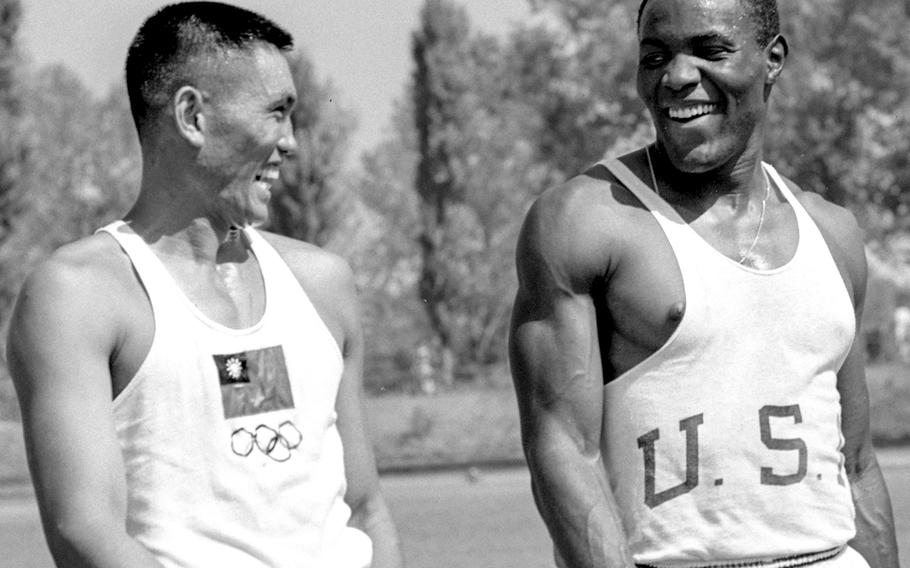 Gene Bane ©Stars and StripesRome, August, 1960: Friendly rivals Rafer Johnson of the U.S. and C.K. Yang of Taiwan are photographed during a workout just before the Olympic Games. A few days later, the former UCLA teammates locked up in one of the most exciting decathlons in Olympic history, with Yang winning most of the events but Johnson using his advantage in the weight events and a personal best in the 1,500 to edge Yang for the gold medal. Johnson died Wednesday, December 2, 2020 at age 86.