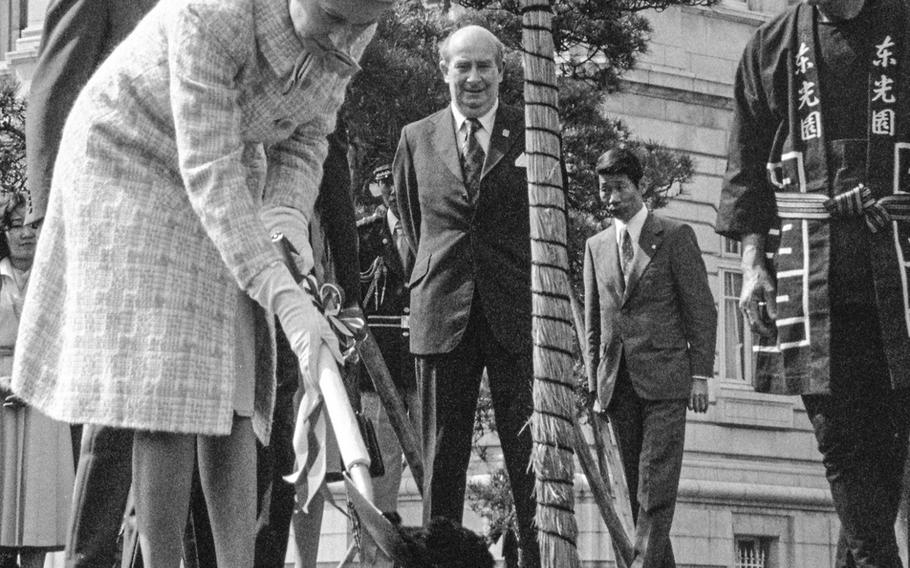 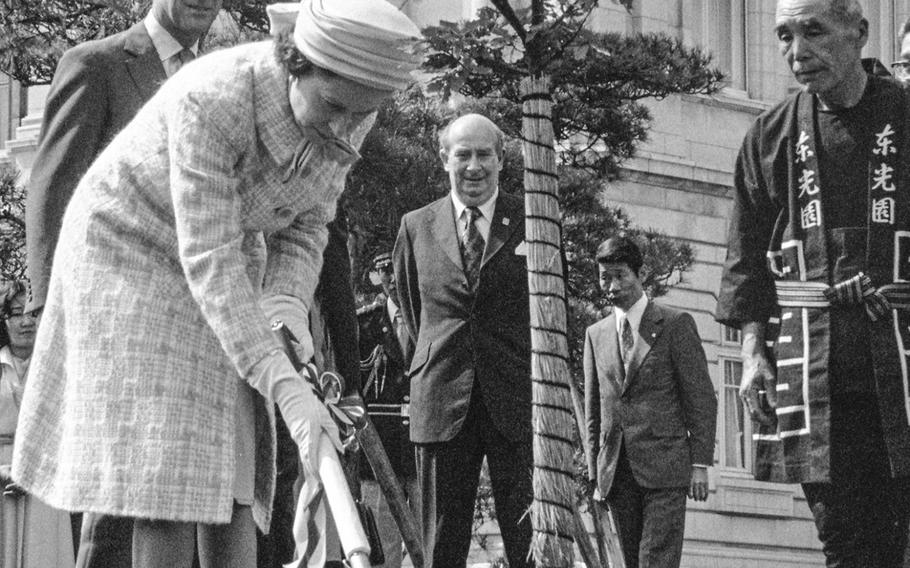 Hideyuki Mihashi ©Stars and StripesTokyo, May, 1975: Queen Elizabeth II adds a shovelful of dirt during a ceremony in which an oak tree was planted to commemorate the British monarch's visit to recently-renovated Akasaka Palace, one of the Japanese government's state guest houses.