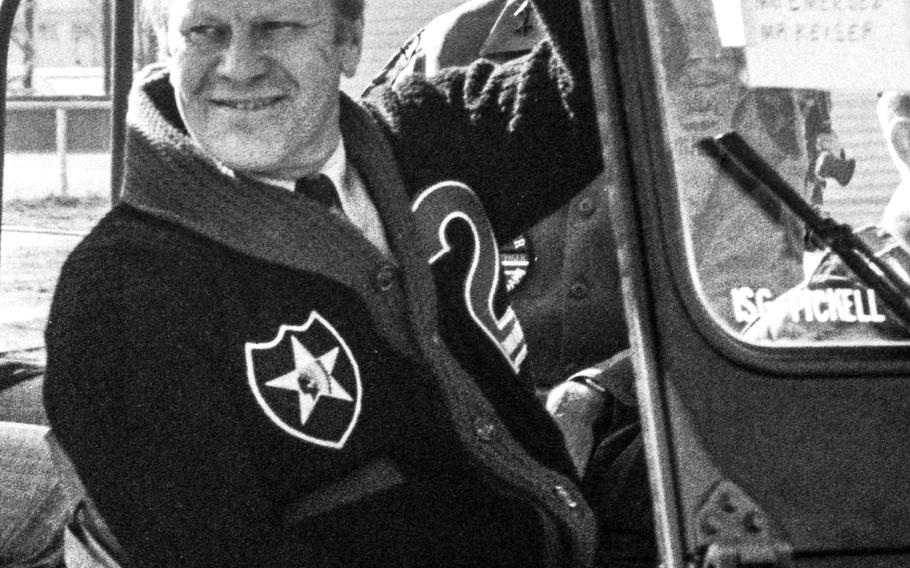 Tae Won Chung ©Stars and StripesCamp Casey, South Korea, November, 1974: Wearing a 2nd Infantry Division sweater, President Gerald Ford waves to the crowd as he wraps up his visit to Camp Casey. Ford had lunch with the troops and watched a game of "combat football," a combination of soccer, rugby and American football in which 40 players line up on each side. The former Michigan center called it "wonderful."