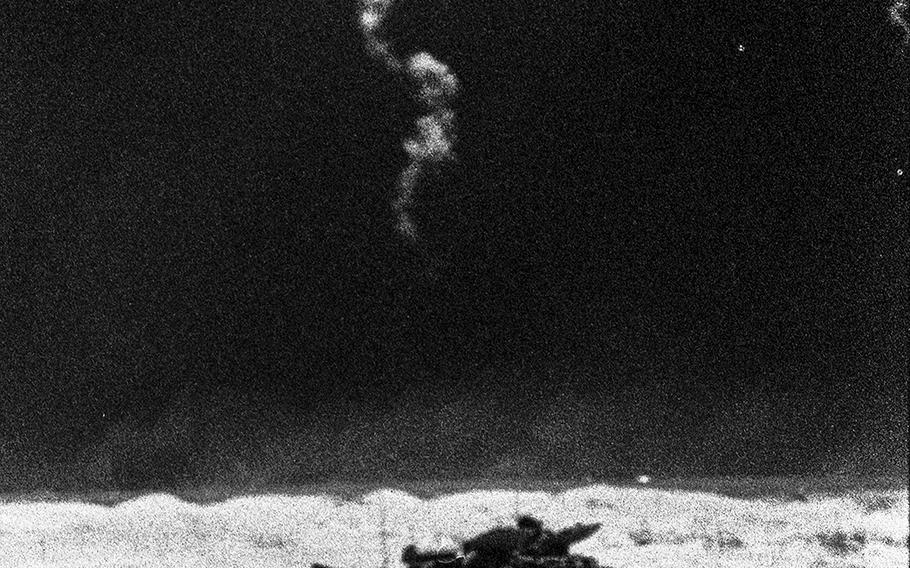 Wayne J. Begasse ©Stars and StripesSaudi Arabia, January, 1991: As the United Nations worked to prevent a war in the wake of Iraq's invasion of Kuwait five months earlier, U.S.-led coalition forces prepared for the conflict that did erupt a few days later. Here, a British Warrior infantry fighting vehicle from the 7th Armoured Brigade (The "Desert Rats" of World War II's North Africa campaign) is illuminated by a flare during a night live-fire training exercise in the Saudi desert.

RELATED MATERIAL: Stars and Stripes' 1991 story about the British military's preparations for war.