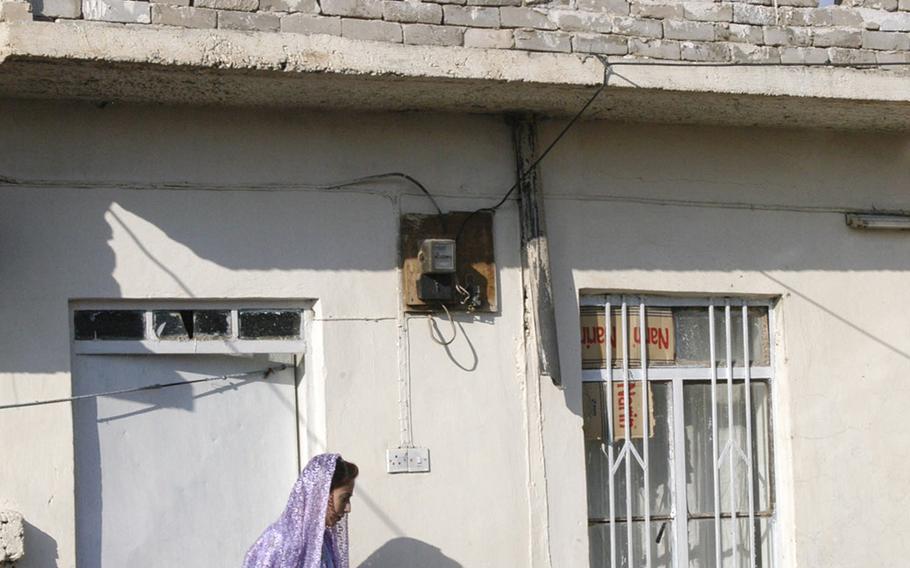 Seth Robson ©Stars and StripesIraq, March, 2004: Pfc. James Watson of Company B, 5th Battalion, 20th Infantry Regiment keeps a lookout while a woman moves from a room about to be raided by 2nd Infantry Division soldiers in Gab Adr, Iraq. The raid came two weeks after a U.S. soldier was wounded by a grenade in the town and was meant, as a story put it, "to send a message to his attackers."

RELATED MATERIAL: Stars and Stripes' 2004 story about the raid.