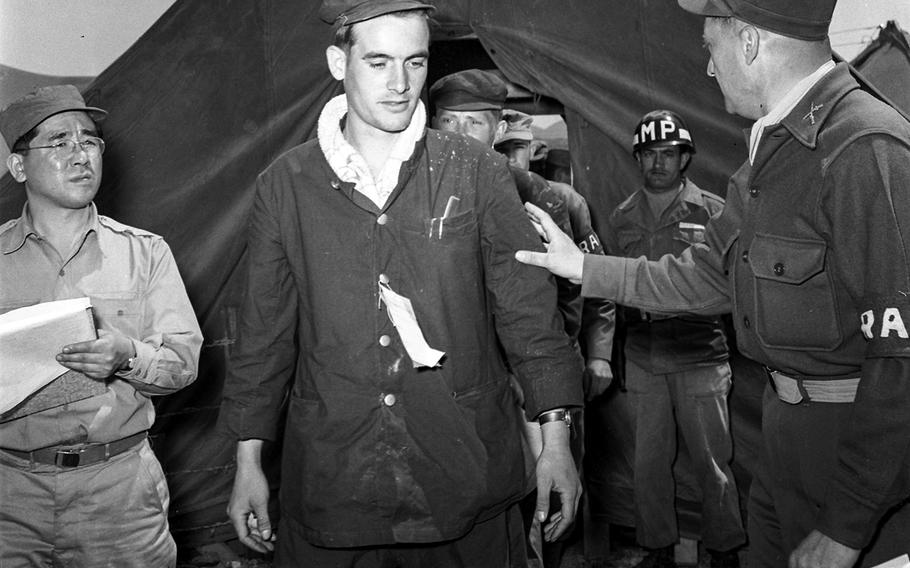 Frank Praytor ©Stars and StripesKorea, April, 1953: Allied service members who were just released from Communist captivity as part of the POW exchange known as "Operation Little Switch" are processed at Freedom Village at Munsan, The arm band on the man at right says "RAMP," which reportedly stood for "Recovered Allied Military Personnel."

RELATED MATERIAL:A 1953 Stars and Stripes story about the POW release.