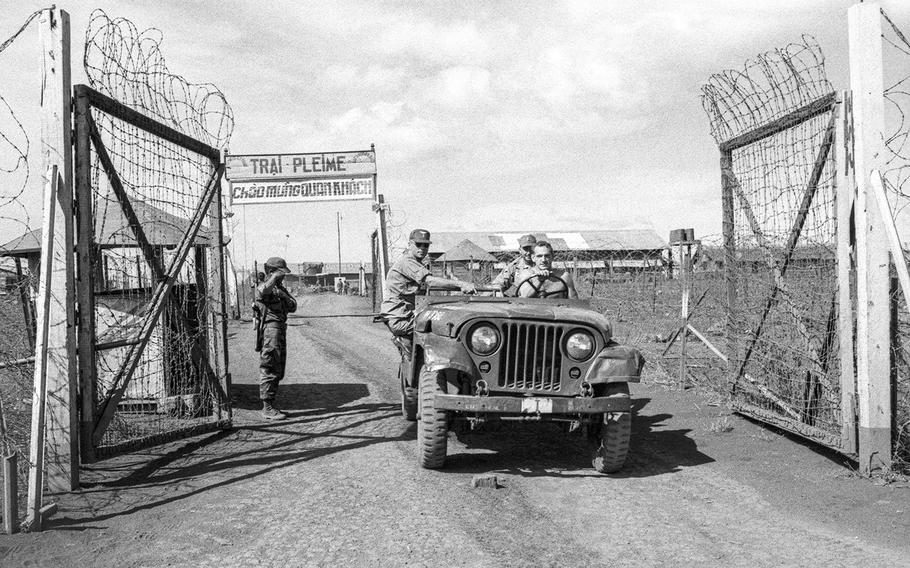 Joe Schneider ©Stars and StripesPlei Me, South Vietnam, December, 1965: Servicemembers pass through the gate of the Plei Me Special Forces camp. Two months earlier, a handful of American troops and about 250 Montagnard tribesmen living nearby held off a Viet Cong attack on the camp until reinforcements arrived.

RELATED MATERIAL: Stars and Stripes' December, 1965 story about the battle at Plei Me.