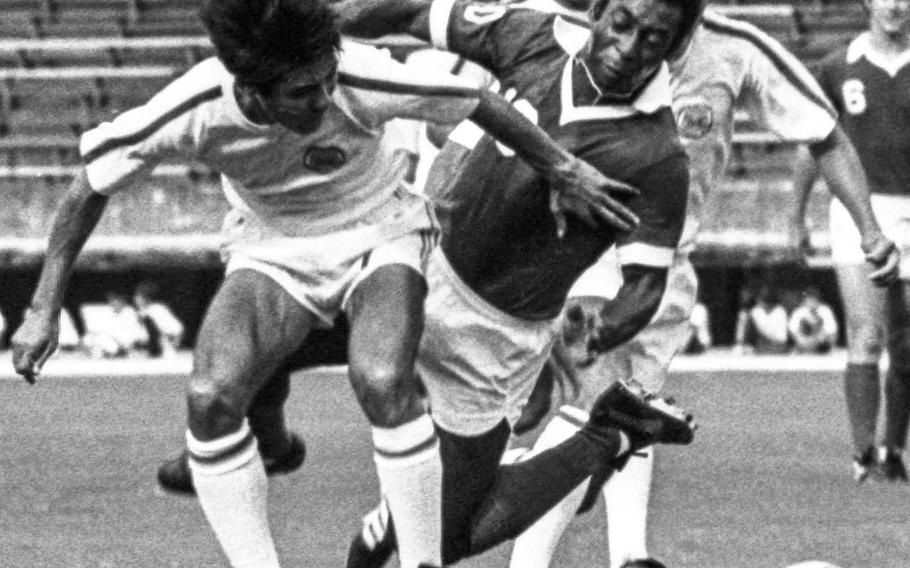 Hideyuki Mihashi ©Stars and StripesTokyo, September, 1977: Pele (in dark jersey) of the New York Cosmos fights off two players from Japan's Furukawa Denko team to get to the ball during an exhibition game at Tokyo's National Stadium. In the first of a two-game series billed as the "Pele Sayonara Games," marking the soccer legend's impending retirement, the Cosmos broke a 2-2 tie on second-half goals by Pele (the 1,278th of his career) and Giorgio Chinaglia to win, 4-2.

RELATED MATERIAL: Stars and Stripes' 1977 story about Pele in Japan.