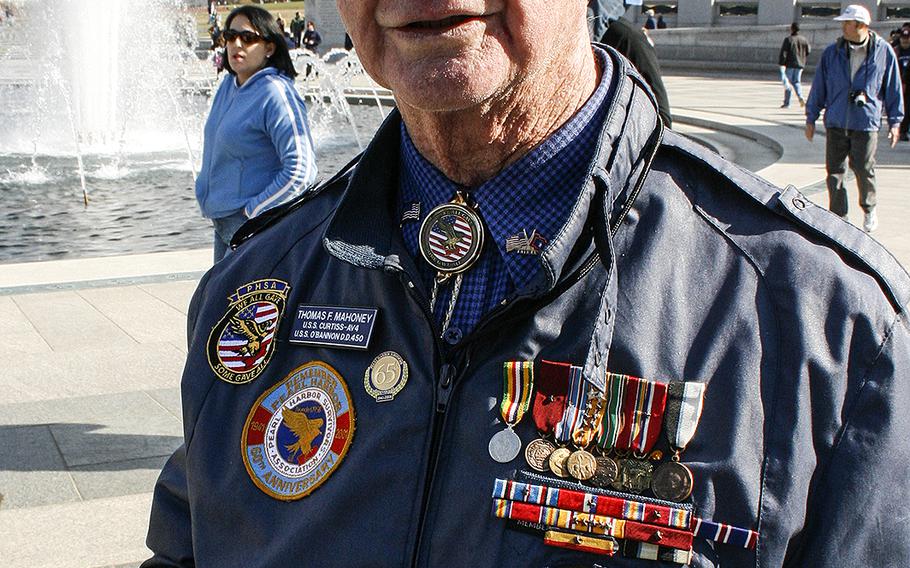 ©Stars and StripesWashington, D.C., November, 2007:During a Veterans Day visit to the National World War II Memorial, Pearl Harbor battle survivor Thomas F. Mahoney displays some shrapnel from the December 7, 1941 attack. Mahoney served on the USS O'Bannon, which received 17 battle stars — more than any other destroyer in World War II.