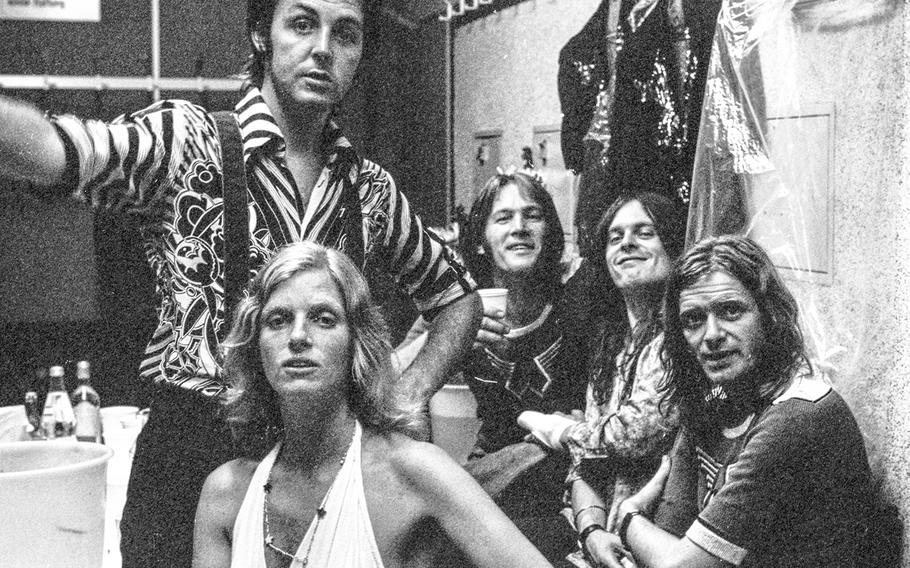 Walt Trott ©Stars and StripesOffenbach, West Germany, July, 1972: Wings, backstage after a show at Offenbach's Stadhalle. Left to right, Paul and Linda McCartney, Denny Laine, Denny Seiwell and Henry McCullough. "The Beatles are gone," Paul McCartney said in an interview. "It was a great scene and we went the full circle. So now it's time to get on with it and try something new. Wings is a new thing, and to me there's nothing better than something new." Paul McCartney celebrates his 77th birthday on June 18, 2019.