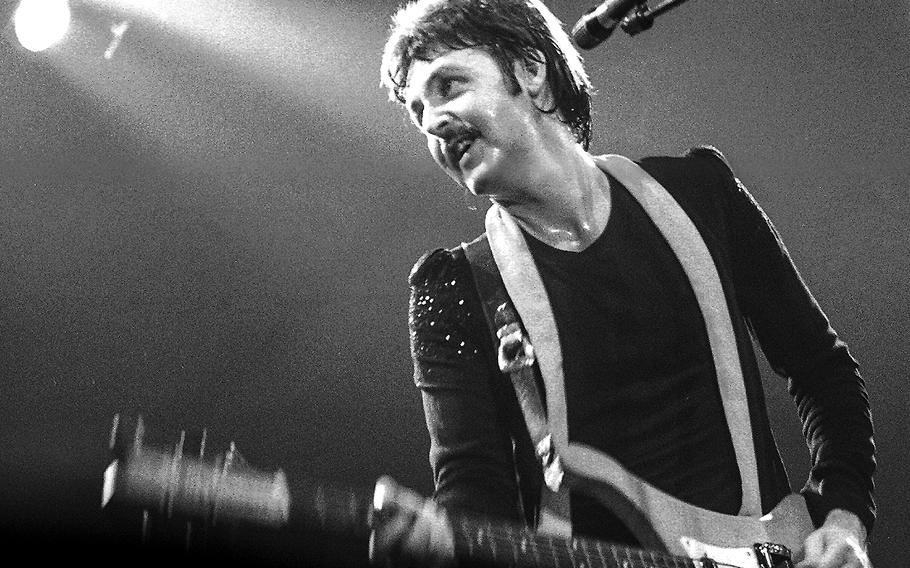 Lloyd Perkins ©Stars and StripesMunich, West Germany, September, 1976: Paul McCartney plays during a Wings concert at Munich's Olympiahalle. "I think we do some hard stuff, some soft stuff; we just play our kind of music," McCartney said of his post-Beatles band during a Munich press conference. "It's neither hard nor soft nor middle. It's just a variety of sounds."

RELATED MATERIAL:Stars and Stripes' 1976 story about the press conference.