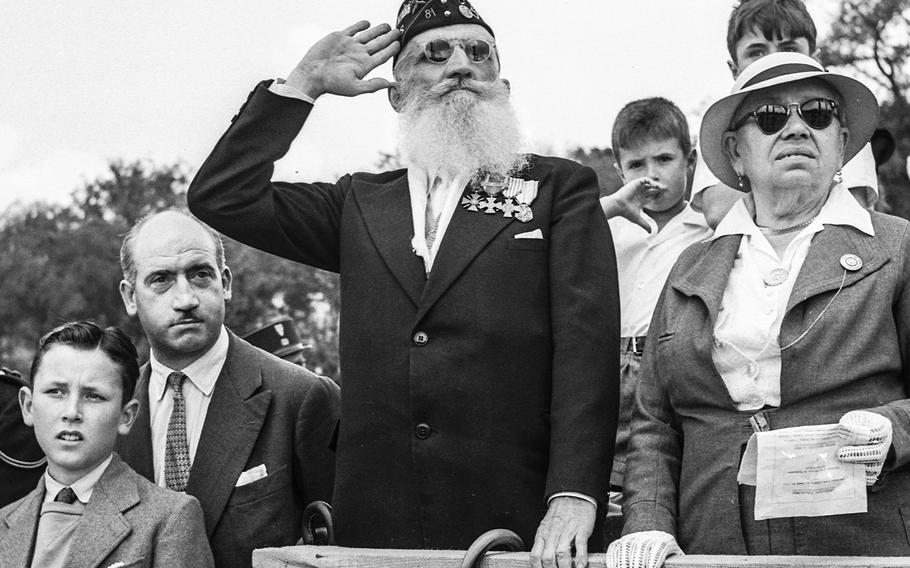 ©Stars and StripesParis, August, 1954: An elderly French veteran salutes as French, British and American troops march down the Champs-Élysées in a ceremony marking the 10th anniversary of the allied liberation of Paris from the Germans during World War II.