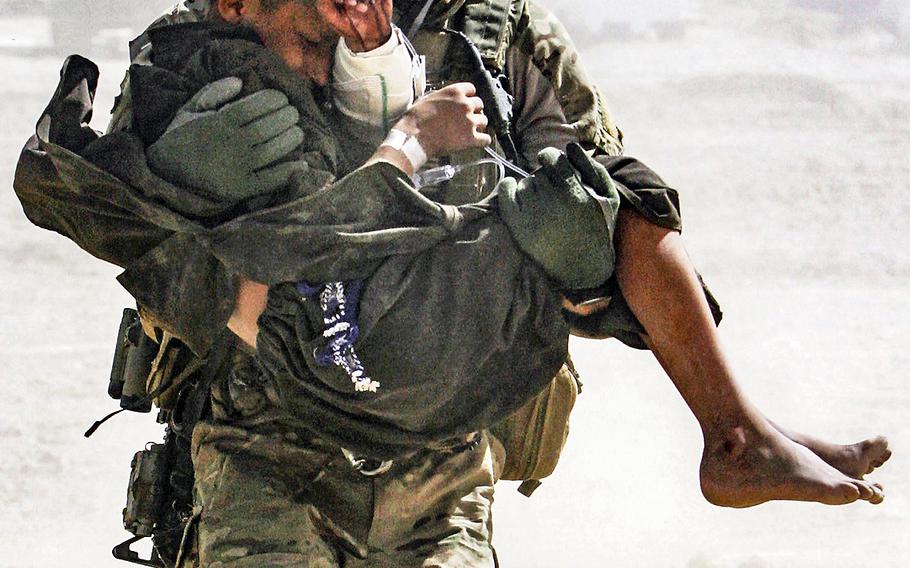 Laura Rauch/Stars and StripesAfghanistan, June, 2012: Staff Sgt. Corey Largo, an Air Force pararescueman with the 46th Expeditionary Rescue Squadron, carries a wounded Afghan child to a helicopter in Helmand province. "When an Air Force combat rescue team lifts off from Camp Bastion in a pair of HH-60 Pave Hawk helicopters," according to a Stars and Stripes story, "they become a flying paradox: A lethal war machine full of highly trained combatants whose mission is to save lives rather than destroy them."

RELATED MATERIAL: Stars and Stripes' 2012 story about the pararescuemen.