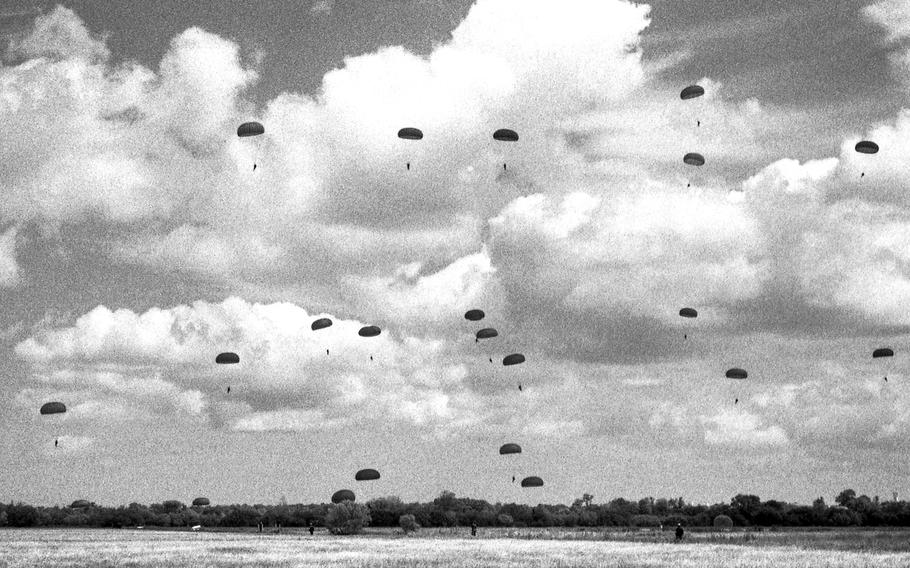 John Bohmer ©Stars and StripesAmfreville, France, June, 1994: Parachutes glide to the ground as some 550 U.S. and French paratroopers reenact the 101st Airborne Division's D-Day jump. Nineteen of those taking part were veterans of the actual landing 50 years earlier, when allied forces fought to liberate the small town of Ste.-Mère-Église, about three miles from the 1994 drop zone. American units taking part in the reenactment were the 101st and 82nd Airborne divisions, and the 3rd Battalion, 325th Airborne Battalion Combat Team out of Vicenza, Italy.