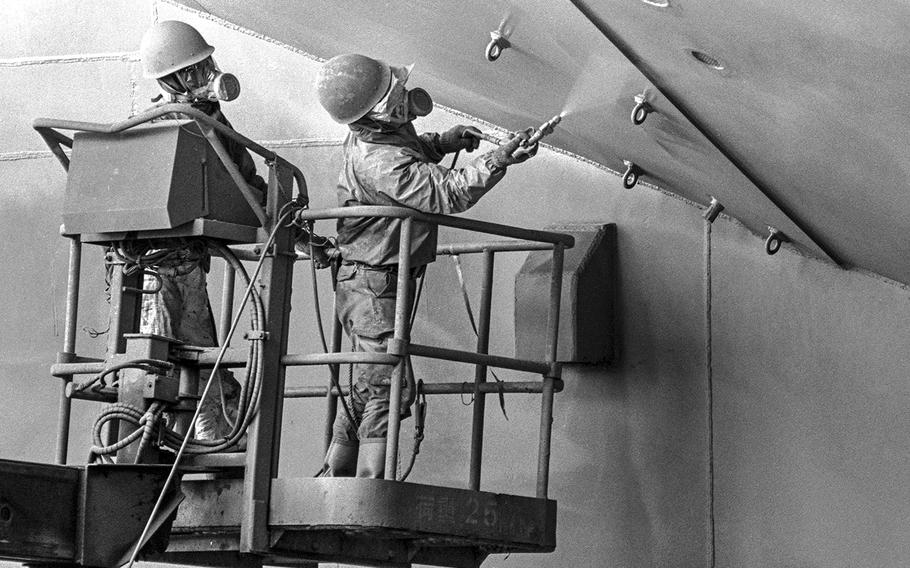 Gloria Montgomery ©Stars and StripesYokosuka Naval Base, Japan, May, 1986: Workers paint the aircraft carrier USS Midway during an $86 million refit at Yokosuka's drydock. According to U.S. Naval Forces Japan officials, the primary goal of the refit was to make changes that would allow the F/A-18 Hornet — then the Navy's newest fighter jet — and an improved version of the EA-6B Prowler antisubmarine aircraft to operate from the ship's flight deck.

RELATED MATERIAL: Stars and Stripes' 1986 story about the work on the Midway.