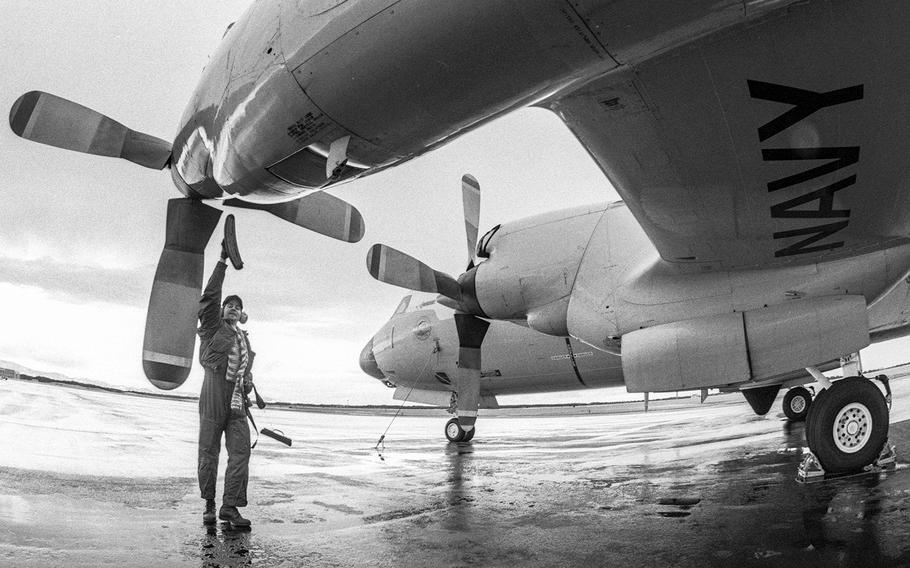 Bob Wickley ©Stars and StripesMisawa Air Base, Japan, March, 1977: Airman Mark Fletcher conducts part of the three-hour preflight check on a P-3C Orion aircraft before a training mission conducted by a Patrol Squadron 40 crew. "The Lockheed Orion is said to be the world's most sophisticated antisubmarine warfare system, equipped with modern computers and acoustic monitoring devices called sonobuoys," according to a Stars and Stripes story about the training mission.