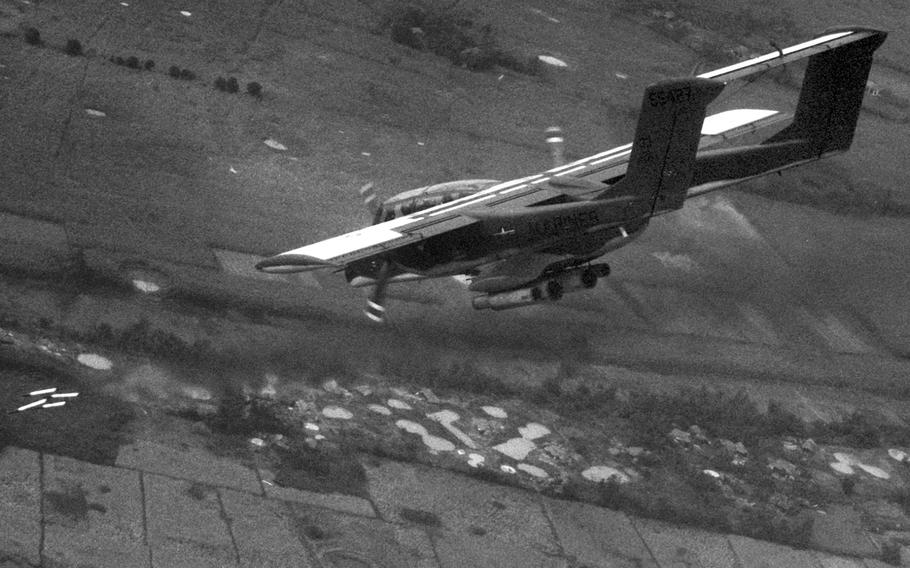 Dave Warsh ©Stars and StripesSouth Vietnam, December, 1968: A U.S. Marine pilot unleashes four rockets (lower left) toward an enemy bunker in the An Hoa Basin, about 15 miles southeast of Da Nang. The OV-10 Bronco from Marine Observation Squadron 2 was helping out in Operation Taylor Common 2.