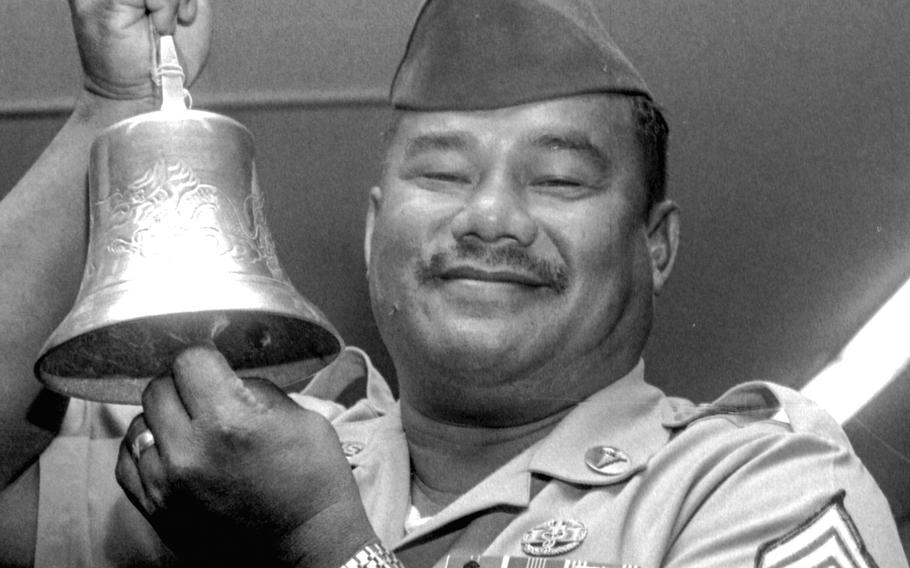 ©Stars and StripesYokota Air Base, Japan, March, 1973: Sgt. 1.C. Gregorio S. N. Torre brandishes a small brass bell he bought in a Saigon shop as he prepares to board a flight to Travis AFB, Calif., on his way home from Vietnam. "This is my Liberty Bell, man," he said. "It's going to ring out my freedom when I get to Travis." Torre was one of 752 U.S. servicemen who quietly passed through Yokota within a few hours; they were the first of the last American troops to leave South Vietnam.

RELATED MATERIAL: A 1973 Stars and Stripes story about the troops on their way home.