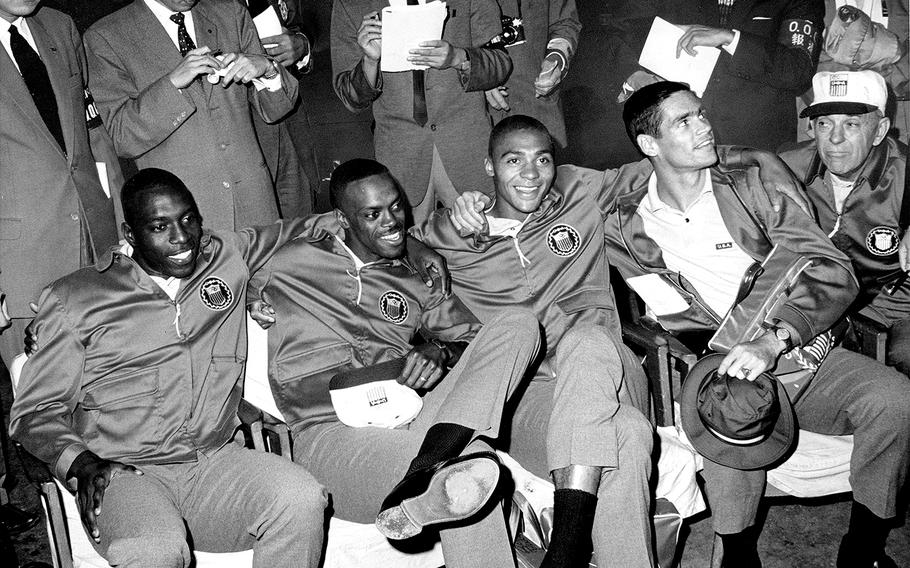 James R. Brown © Stars and StripesTokyo, October, 1964: Four of America's top hopes for medals in the track and field events pose after arriving in Tokyo for the start of the 1964 Olympic Games. From left to right, they are Bob Hayes, Ralph Boston, Henry Carr and Fred Hansen. Hayes went on to win gold medals in the 100 and the 4x100 relay, Carr won the 200 and ran on the winning 4x400 relay, Hansen captured the pole vault and Boston placed second in the long jump.