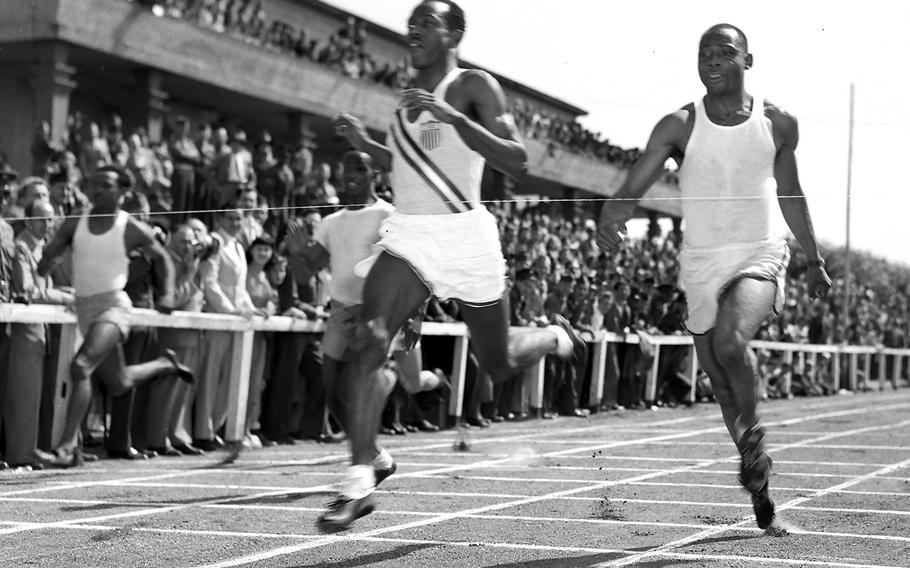 Henry Compton ©Stars and StripesFrankfurt, Germany, August, 1948: In a repeat of their close finish at the recent Olympic Games in London, Harrison Dillard, center, edges American teammate Barney Ewell in the 100-meter dash at a Frankfurt Athletic Club-sponsored exhibition meet featuring 10 Olympic athletes. Dillard, a World War II Army veteran who served with the "Buffalo Soldiers" of the 92nd Infantry Division, won two gold medals at London and two more at Helsinki in 1952. Ewell won a gold in the relay and was runner-up in the 100 and 200 at London. Dillard celebrated his 95th birthday on July 8, 2018; he is believed to be the oldest living U.S. gold medal winner.

RELATED MATERIAL: Stars and Stripes' story about the 1948 track meet at FrankfurtA column about the Frankfurt meet