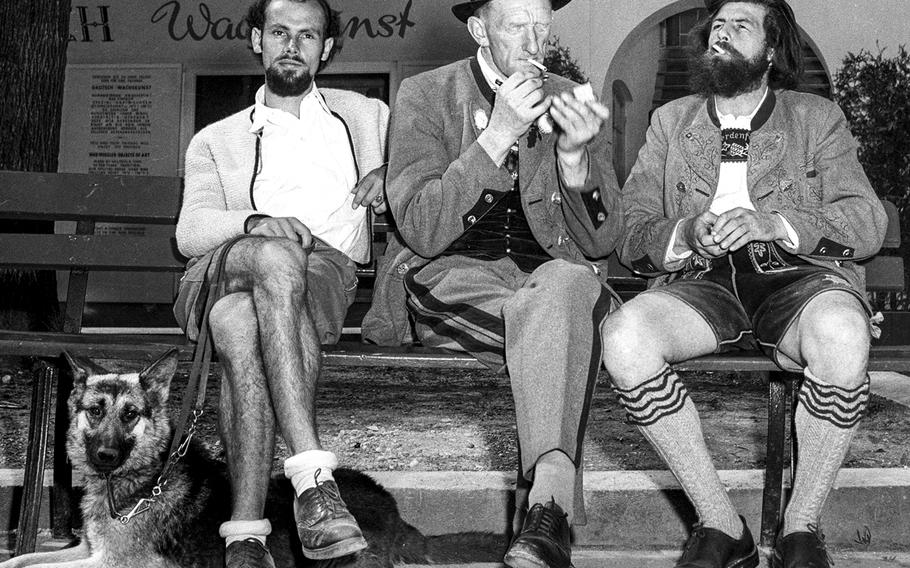 Henry Toluzzi ©Stars and StripesOberammergau, West Germany, May, 1950: Three Oberammergau residents take a break from the commotion surrounding the opening of the Bavarian town's famed Passion Play. It was originally scheduled for 33 performances, but the demand to see the first postwar play was so great that it was put on 87 times. The play — which started in 1633 as a pledge by the town fathers during a bubonic plague epidemic — is now staged every 10 years.

RELATED MATERIAL: Stars and Stripes' story about the opening of the 1950 Passion Play.