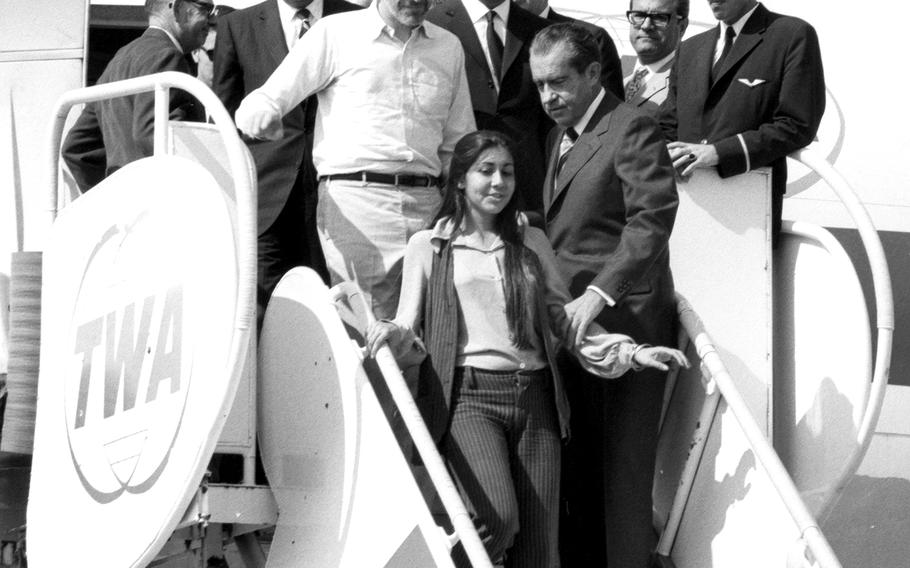 Lloyd Borguss ©Stars and StripesRome, September, 1970: Sarah Malka, one of 31 freed hostages arriving in Rome after being held in Jordan for three weeks by Palestinian guerrillas, gets an assist from President Richard Nixon as she leaves the plane. Behind her is ex-hostage Richard Morse (in white shirt), and behind Morse is Secretary of State William Rogers. Fellow captive David Raab called the Malka, who spoke Arabic, "our heroine" for her efforts in communicating with the hijackers.

RELATED MATERIAL: Stars and Stripes' 1970 story about the hostages' return.