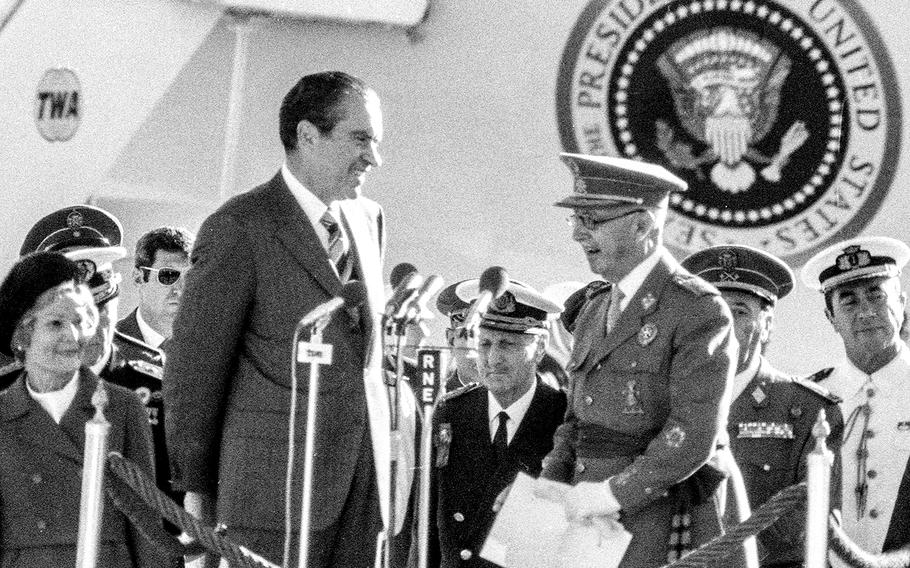 Red Grandy ©Stars and StripesMadrid, Spain, October, 1970: President and Mrs. Richard Nixon listens as Spanish dictator Generalissimo Francisco Franco welcomes them to Spain in a ceremony next to Air Force One at Barajas Airport. More than a million people lined the streets to view the leaders' motorcade from the airport to downtown Madrid.